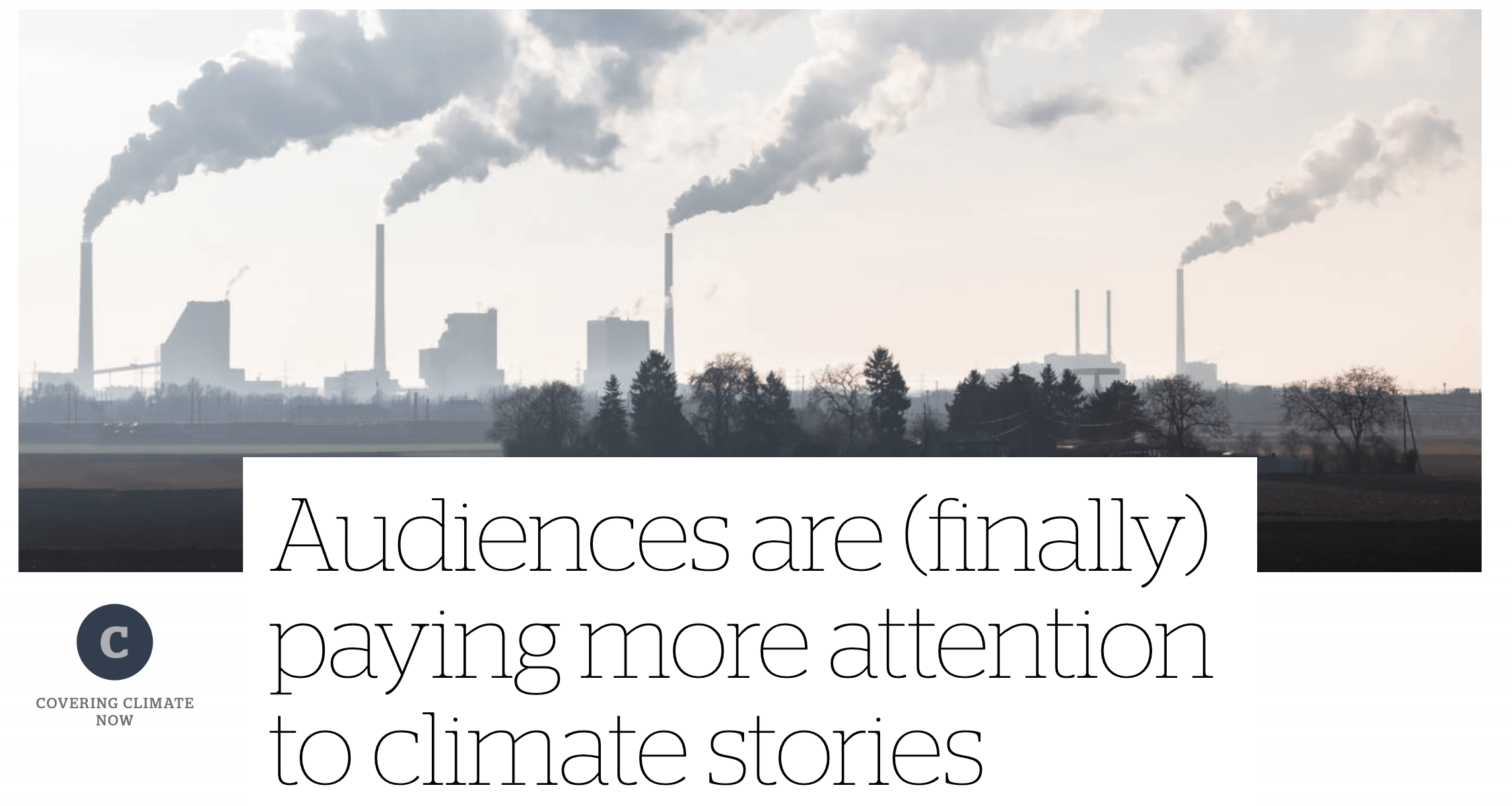 UPDATE: Not claiming any credit here as Chartbeat often does explainer blog posts — but here are some details on the Chartbeat data from Su Hang, the lead data scientist on the climate coverage study: Taking the temperature of climate change engagement: Our analysis

That is an interesting and engaging headline. Great if true, and I don’t dispute it is. Read the full story here.

Josh Schwartz from Chartbeat quickly and helpfully responded that as the data is all owned by the respective publishers, they can’t share too many details.

Totally fair. But the finding that “time spent” almost doubled on climate stories between 2017–2019 is an extraordinary claim and requires further supporting detail if the industry is going to make sense of the findings. That is important not just for these specific climate stories but for the use of similar metrics in the future.

And the responsibility here is really not Chartbeat’s. They have access to a great mass of data but there are limits to how much they can share publicly.

I would really like to hear more from CJR about how they understood and contextualized the data in the story. I trust the measurements and math Chartbeat provided. But we don’t know enough to trust the interpretation.

A few immediate questions I had that I would like to know more about:

That’s it. The story here is really interesting — people are paying more attention to an important topic. But I would just love to hear more that explains the “why” not just the “what.”