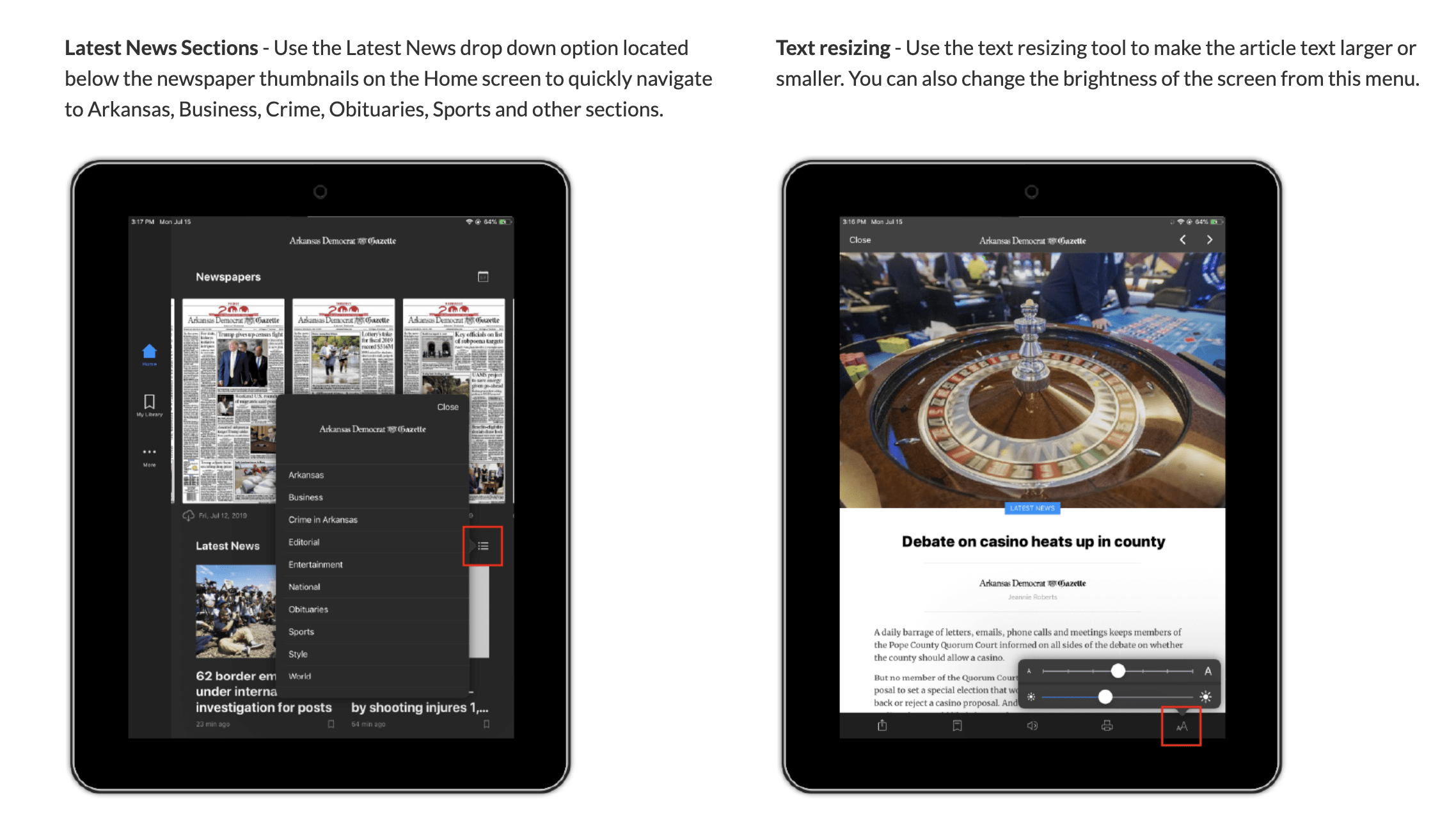 The Future of Digital is Print-Like: Completeness as a Service (And Other Affordances)

It was the scoff heard ‘round (certain parts of) Twitter last week.

The Arkansas Democrat-Gazette is in the midst of a multi-year project to convert its print audience to iPad-only subscribers. When a recent update from Medill renewed industry discussion, digital-journalism thinkers could be forgiven for seeing the effort as an isolated bit of backward-thinking.

The Democrat-Gazette is owned by Walter Hussman, of the recent $25 million gift to the UNC journalism school Hussmans. He is the owner and chairman of WEHCO Media, a regional group that owns daily papers in Arkansas, Tennessee and Missouri among other holdings. And he has always been a digital-first contrarian. The Democrat-Gazette famously launched a digital paywall in 2001 to “protect print subscriptions.” As much as I disagreed with the strategy at the time, the paper is still standing so there’s that.

And now 19 years later, the paper is in the final stages of its plan to dramatically reduce print distribution. And a guiding belief of the effort appears to be that readers want less news in their daily routine. But not “less” exactly.

The key bit from Mark Jacobs at the Local News Initiative

“…In contrast, a replica offers “a beginning and an end to the news,” Hussman said. “In other words, it’s always been that way with a printed newspaper. When you pick it up, even if you go from page to page, front to back, there’s an end. Often it seems like a website is endless.”

I am not familiar with the audience research The Democrat-Gazette has done to validate its iPad strategy — but the general concept is neither crazy or new. It is completeness as a service.

When BostonGlobe.com launched in 2011 there was a clear tension among readers we talked to. Half the audience wanted the most recent news on the homepage. The other half wanted to see just “the most important” news of the day on the homepage. Like in print.

The Globe addressed this by adding a web section to display stories from the day’s paper. The Globe still has a Today’s Paper section, though it looks vestigial at the moment. The Washington Post website has one, as does the New York Times — two actually and the approach is repeated in many other news sites and apps.

But why? The web is infinite and immediate. Replica editions are limited and delayed. By definition, “editions” ignore the strengths of digital. So the assumption about the popularity of these replica editions has been that some readers are simply used to the print format and cadence. Which is often just uncharitable code for: “they are old.”

But beyond replicas, email newsletters and podcasts (which are both a type of edition) are also very popular though digital-native. So, the “readers like print” theory lacks explanatory power. Time for a few other theories:

There is certainly some truth there and “editing/curation” deserves a deeper discussion as a key value of professional newsrooms — especially in an attention economy flooded by often undifferentiated noise.

But along with colleagues at Mizzou and the Reynolds Journalism Institute I have spent the last year looking into the third option: “completeness.” People like to finish tasks and “check the box.” And editions do provide the satisfaction of “feeling informed.”

Over the spring and summer, with Dr. Shuhua Zhou and doctoral candidate Lei Guo we interviewed two dozen news consumers — half print, half digital — to understand some of their basic perceptions of news products. The research so far has found “completeness” to be real, but it is only one of a dozen or more affordances we think support reader engagement and understanding of the news.

An oversimplified explanation of “affordances” is that they are cues provided in the natural or designed environment that tell the observer how to use or understand an object. Proposed by psychologist JJ Gibson and adopted for user experience research by Don Norman, you may know them best from the last time you tried to push a door that required a pull.

While reading the news, a reader is explicitly exposed to dozens of signals that cue details like date, section and geographic location. And there are others more implicitly signaled like importance, authority and trust. How those affordances are presented and received may have a significant impact on how readers understand the news.

A common example is the reader who complains about a biased news story that is actually an opinion column. This is a news literacy issue, but one far more common online where news pages and opinion pages look much the same, and readers arrive via Google, Facebook or Twitter.

In print, the signals for “what section is this” are much stronger than in digital. In a newspaper, an opinion column appears on the Opinion pages — often the last two pages of the A section — with prominent labeling and graphic elements (editorial cartoons, letters to the editor, columnist photos) that cue the reader. In digital, sections are virtual, articles are read in isolation from the rest of the site and sections are signaled primarily by text labels. We would describe this as print better affording the section or “genre” to the reader than the typical digital news site.

Our research is still preliminary. But so far we have documented 10 affordances in print and 10 in digital that readers have described over the course of a series of in-depth interviews.

We are still far from an exhaustive list, and much work remains to understand the salience of each and how they diverge or overlap between print and digital news products. This semester we will be working with Bill Ostendorf and team at Creative Circle to produce an experimental news website and print newspaper to test and expand on the initial findings.

But as a hypothetical: How would you even begin to make sense of a news story that carried no date, no byline, no recognized publication name with a headline font using comic sans? You might have some questions. Affordances that support trust, or actions like retrieving previously read stories are even more complex. But each contributes to reader satisfaction and comprehension.

The goal is not to create print replicas in digital— but to better understand how print “works” and if there are lessons we can abstract away from design and format and apply to make digital news better. Expect more on that later this year.